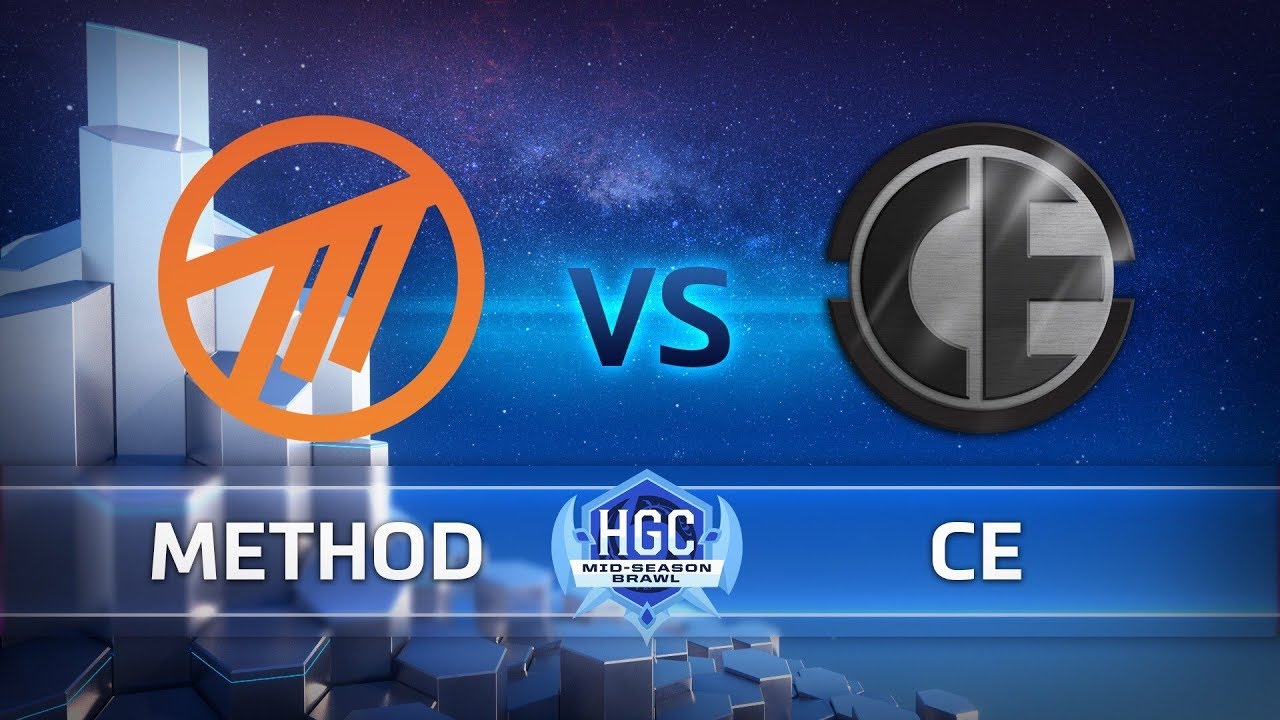 Dignitas and Tempest will more than likely take the top 2 spots, after that I think it could easily be a toss up between HHE, CE, and Method.

Both micro and macro-wise Luna Meow looks far inferior. Not only does their solo laner keep getting ganked because of HHE's rotations, you see basic mistakes like taking the bruisers right before HHE gets the turn-in.

You thus lose defender's advantage because HHE can just kill the bruisers off at their gate, and HHE pick up their own bruisers, leading to a massive push that got LM's keep.

I was optimistic btw, and voted one win for LM, haha. Doesn't look good for my bracket prediction.

Still Splintered Spear at 7, but I've heard that if we see Europe take Lunara, there's a chance we'll see Choking Pollen. Yeah it did.

Solo front line Varian too. To be honest, the cc follow ip option for the one is better, but the zeratul pick was worthless. To be fair, it's Mcintyre's Tracer.

If you've ever seen him play Tracer on stream he's an absolute frag artist. And also it's Luna Meow. I think garrosh would be better than Varian against tracer, yet effective overall in a team composition, but they ban it out.

Yeah the irony. I never believed that Varian is a good counter to Tracer anyway. Don't get me wrong, he's great on the hero, and likely the best player in the world on the hero, but Dig at least showed that you can let him have Hanzo and still win games.

Yeah, I absolutely believe that the pro teams knew what they were doing with the bans. It still surprised me, but I guess Hanzo does have some severe weaknesses and the other teams thought they were exploitable.

I actually wanted to ask what Rich's win rate was on Hanzo this tournament, but then remembered that their team lost so few games, any of those statistics are pretty meaningless.

Underdog syndrome. However, Gen. G MVP Black have always had trouble closing tournaments. I'm glad they won. Some of it is underdog syndrome, but some of it really is just people having trouble idolizing or respecting the KR teams because of things like language barriers.

For instance, hearing Rich say something like, "I think my biggest strength is that I win games" in an interview, you might be thinking, "what an arrogant little shit", but for all you know he's saying it in more of a jovial or kind of self-conscious way that isn't conveyed because of nuances like tone.

I admit that I used to struggle with it a fair bit, so now while I do have favorite teams in terms of player personalities I prefer to look at games objectively and try to analyze great play where I can, even if I'm somewhat unattached to the players making the plays in question.

GenG played great here, but I understand people wanting to see their record shattered and in general finding Dig more likable as a team just because there's no language barrier.

Blizzcon is obviously held near Blizz HQ and Dreamhack Summer is one of the biggest esports events in the world that coincidentally is usually staggered almost perfectly with Blizzcon.

It's just common sense. We had one in spring and the Eastern-Clash is there as well. There is also the Gold-Cup shortly after Blizzcon, which is in China.

MSB is probably in Sweden because of Dreamhack and the other full international tournament is obviously Blizzcon.

Just ignore him, he's posted something similar like three times already in the thread. Never mind that MSB has been the same format in the same country for the same times like two or three years in a row now.

And Koreans have won every global the last two and a half years with the exception of last MSB when they were in some disarray. I don't think so.

I'm a big fan of Anub as a counter to Garrosh, but against this, with the Malthael and 7-sided, it makes the tank the blow up target, and Muradin survives that better than Anub.

I disagree. I argue Anub would've been the better pick. Not only has he similar sustain vs Gen. G's comp, he has cocoon to either force a fight, grant his team an numbers advantage or simply take out one of the dps.

Additionally, Muradin's Dwarf Toss has a significantly shorter CD than Burrow Charge. Anub has only Harden Carapace to survive it.

Muradin with [[Healing Static]] and possibly [[Stoneform]] does much better. Yes, but Harden Carapace adds to his survivability without increasing the damage of the percentage damage.

Add in the spell armor factor, as well as Cocoon and I think Anub may have been better. Neither Healing Static nor Stoneform increase the damage of percentage damage so I'm not sure what your point is?

If you want to talk general survivability, Anub has base HP, 20 base spell armor and up to 50 armor with Nerubian Armor in the 2. Even with the spell armor considered, Muradin is far more durable.

Sky Temple has a heavy emphasis on point control and Dig's comp was built for map control. Muradin makes more sense than Anub'arak for these purposes, since he has far better sustain, survivability, and point control capabilities.

Hm, yeah. Does that really help vs that incredible burst though? He fares better against the poke Li Ming brings, yes. But if they jump him with everything?

It's just a matter of whether everything else he brings is enough. On a map like Sky Temple where point control is incredibly important, plus with a comp focused on map control, then Muradin is the better choice.

Yea he has the same issues as Muradin. And 3 more games isn't a big price to pay for the most fair format.

Even two Bo3s would be better really. How is it the most fair? Are you under the misunderstanding that the 1 game advantage is better for the winning team or losing team?

I think you could be surprised. I don't like the 1 free win because of outcomes like this. But I dislike having 2 series too.

It's not debatable. This isn't about preference. I understand why they do it this way and why people like it, but it isn't fair. I'd say it is equally or more unfair to give one team the ability to lose a match, while the other team doesn't get that if they reach the finals without losing.

The lower bracket gave them another chance to fight their way back to the finals. It actually doesn't. In order to beat Gen G from the lower bracket in that format, Dignitas would need to win a total of 6 games while avoiding losing 6 games.

This is after playing more games than GenG and exhaustion would be a major factor. Conversely, with the current format Dignitas needs to win 4 games while not losing 3 games.

Latest Patch Notes. Welcome to Reddit, the front page of the internet. Become a Redditor and join one of thousands of communities.

Please upvote this thread to make it visible after another one is stickied. Prediction challenge details about rewards Gen. Want to add to the discussion?

DesoPL - Guess i wait more for showmatch than finals lol. Nerraw - Tempest vs Dignitas is now live! Finals about to start. Grand Final is starting right this moment. 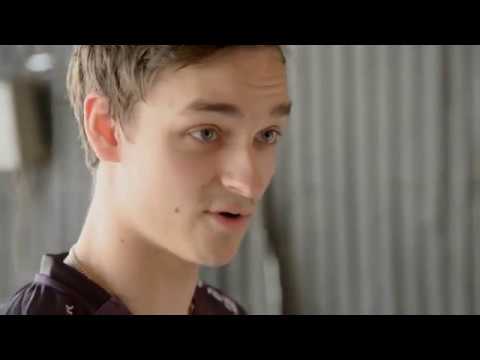 HGC Mid Season Brawl – Jönköping. LAN // – Juni ▻ 1. Gruppenphase alle Spiele im Bo2 und jeder gegen jeden ▻ Platz 1 und 2 qualifizieren. HGC Mid Season Brawl - Playoffs. HGC Mid Season Brawl Upper Bracket. WB Halbfinale. Südkorea / South Korea MVP Black Europa / Europe Dignitas 1. HGC Mid-Season Brawl tournament - palmbeach-pressurewash.com ist die beste Adresse​, um Spielergebnisse und Livescores Ihres Lieblingsturniers zu prüfen. The HGC Mid-Season Brawl came to its stunning conclusion at DreamHack Summer Join us as we take a closer look at the action and some behind the. HGC Mid-Season Brawl - Grand Finals We are almost done with the playoffs, and we saw some incredible plays! Sadly, given that this is the knockout round, we've had to say goodbye to some great teams. HeroesHearth Esports and Method both fought valiantly on Saturday, but at the end of the day both teams were bested by Ballistic and Fnatic. HGC – Focus Down Week 8: Back-to-Back Blockbusters Dylan Walker, Blizzard Entertainment With only three weeks left of Phase 1 league play, the race for auto-qualification to the Mid-Season Brawl and playoffs seeding is heating up. HGC Mid-Season Brawl is played on patch (with a special hotfix for the targeting bug around Diablo's Lightning Breath), so balance changes from patch are not applied. Deckard Cain is allowed. HGC match threads are created by /u/lerhond. Please mention or PM /u/lerhond if . Didnt get "Return Lost Souls" Weekly Quest. 2 hours ago. Redeemed Soul?. HGC - Mid-Season Brawl - Playoffs Day 3 -- All Stars Match -- Team West vs. Team East, Game 3 Heroes Esports. Loading Unsubscribe from Heroes Esports? Cancel Unsubscribe. The winner will attend the Mid-Season Brawl. Where to Watch. Global competition is ramping up as teams battle to make a lasting mark at the Mid-Season Brawl. The competition will entertain with the highest levels of competitive Heroes of the Storm. Catch the action at palmbeach-pressurewash.com and on the official Heroes Global Championship webpage. The Mid-Season Brawl is the first global competition on the HGC calendar. Showcasing 12 teams from around the world, it brings the first phase to a close by crowning a champion and establishing the pecking order for the second half of the year. Gen.G and Team Dignitas face off during Mid-Season Brawl Grand Finals Watch live at palmbeach-pressurewash.com or palmbeach-pressurewash.com 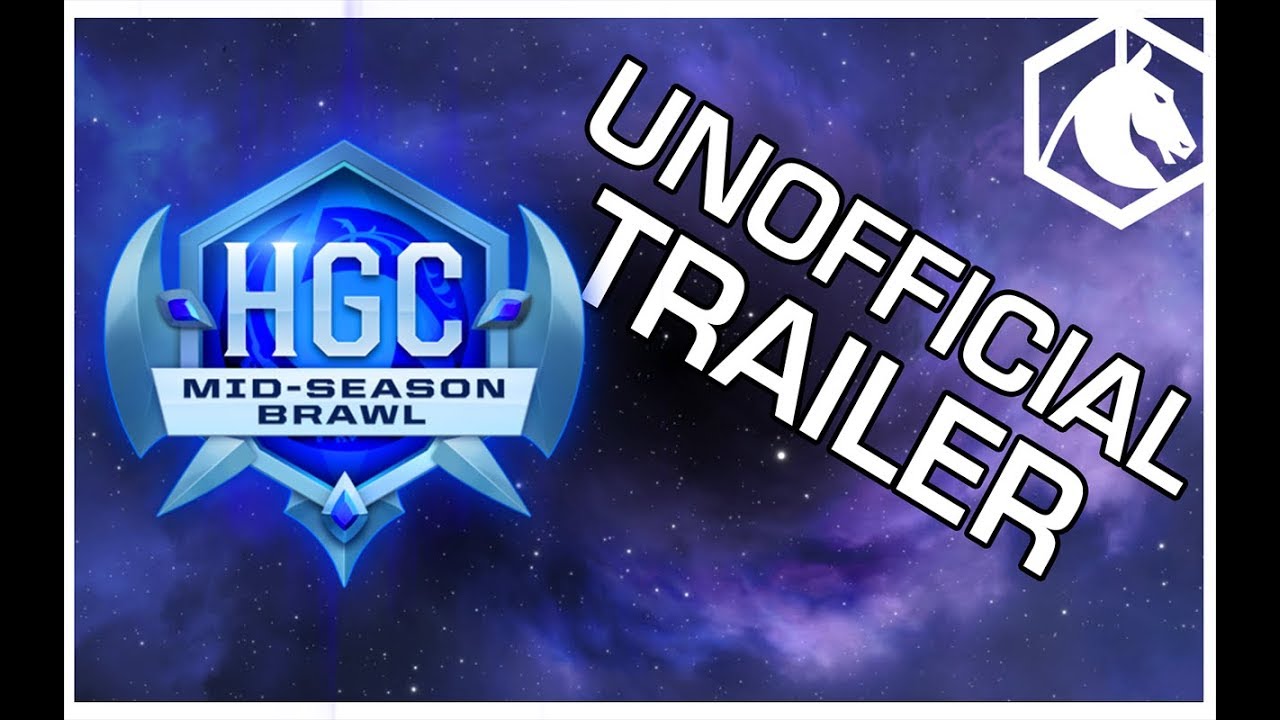 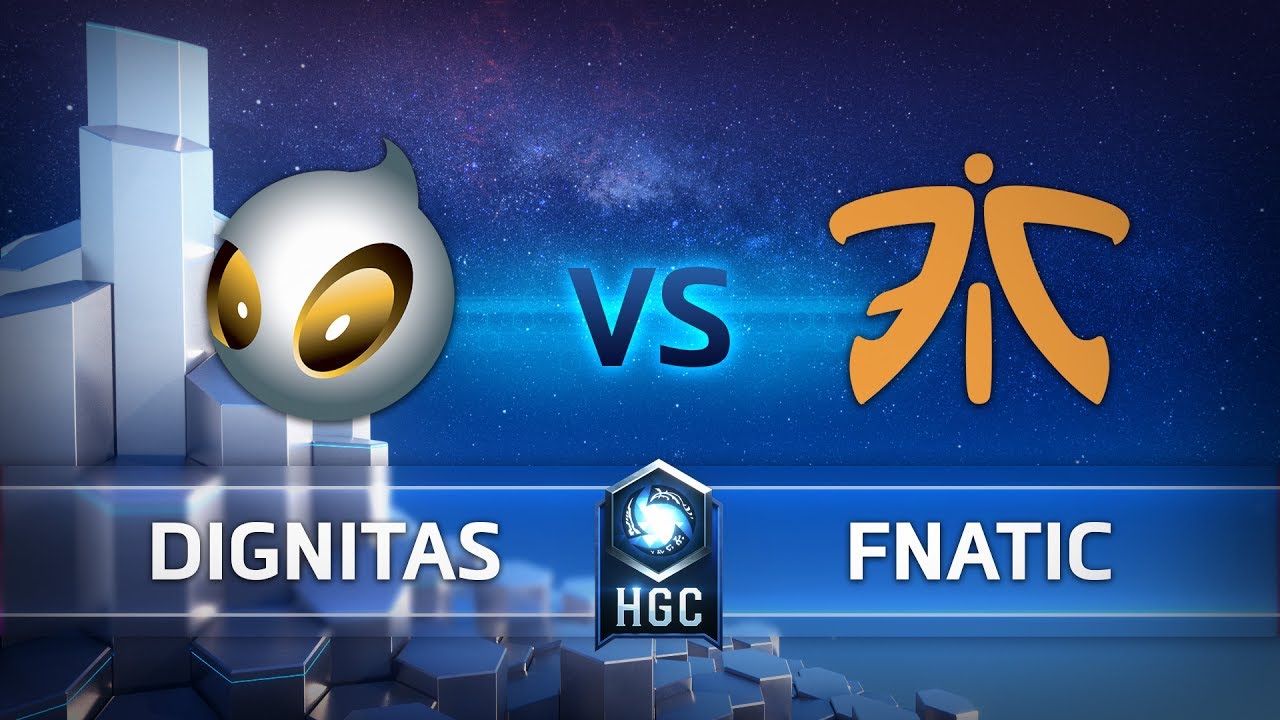